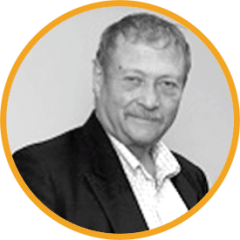 Mr. Middleton is a renowned geologist and geophysicist with more than 45 years of experience. He completed his B.Sc. and M.Sc. degrees in applied geophysics at the Michigan Technological University. Mr. Middleton spent the majority of his career working in the Timmins gold camp as an officer and director of Rosario Resources Corporation where he discovered a major gold deposit and further developed it into the Bell Creek gold mine. During his time with Rosario, he also discovered and developed the Pueblo Viego mine, located in the Dominican Republic and brought it into production which is now controlled by Barrick Gold. He has worked with major mining companies including Newmont Exploration of Canada as well as multiple junior mining companies as a consultant and member of the management team. His experience includes Canplats Resources Corp., a junior gold mining venture in Mexico that was sold to Goldcorp. Mr. Middleton has led numerous drill programs resulting in major discoveries, completed multiple feasibility studies and worked on international assignments spanning across North America, Central America, South America, Africa, Asia, and Europe.

how to make your own site