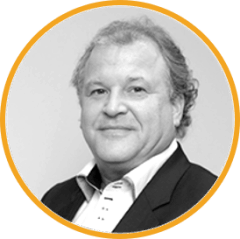 Mr. Parnham brings a wealth of knowledge, international contacts, and over 30 years of experience in the mining and hydrocarbon industries to Broadway Strategic Metals. He has spent his career developing and founding several resource-focused companies, including Temex Resources, Forsys Metals, Giyani Metals and Canoe Mining Ventures. Mr. Parnham was also the founder and Chairman of UNX Energy, a junior oil and gas company that was sold in 2011 to HRT Participações em Petróleo S.A. for CAD$730 million. Outside of his role in Broadway, Mr. Parnham currently serves as the President, CEO, and director of Canoe Mining Ventures. He specializes in finding, exploring, and securing undervalued assets at an early stage and applying his knowledge, experience and skills he has gained in his career to create and maximize shareholder value. To date, he has created over C$1.2 billion in shareholder value for companies in which he has been directly involved.

Made with Mobirise ‌